The blog is back!

Whatever happened to my blog?

Around the World Blog Hop 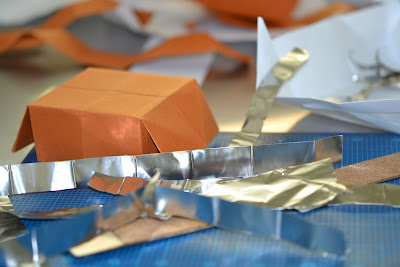 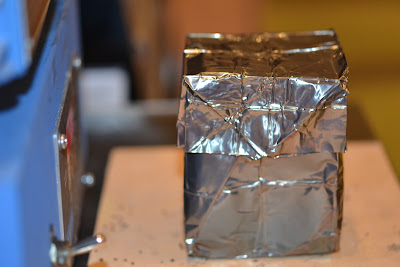 My fingers are covered in about 15 little razor blade like cuts at the moment....not kidding, I counted!  I picked up some of the firing foil from Cool Tools last week so that I could make custom sized firing boxes for sterling and bronze.  When I make my boxes, I don't need a huge container, but I do require height, so the commercial firing containers don't really fit.  It's fine for sterling, but I suspect that some of my bronze firing issues have to do with using such a large container, so I purchased the foil.  Another plus, it does not spall, so no black flakes in your kiln.  Oh, and I couldn't take a pic of my sliced up fingers because even bracing my hand, my fingers shake too much for a clear shot:)

Of course, nothing is easy, so the fold-it-yourself instructions and YouTube video didn't work for me.  They create boxes that are wider rather than higher.  I am sooooo not a puzzle person so I really had to wrap my head around how to alter the directions to make a higher, open vessel with one sheet.  Remember, you can't tape this thing together as it goes into a hot kiln...it has to hold itself shut. 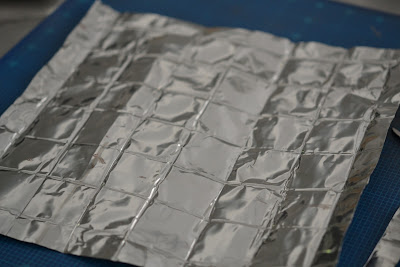 After much testing with paper, I discovered that the trick was that I needed to have 8 vertical and horizontal sections, as opposed to the 4 that the instructions show.  Also, because of that, I had to figure out how to fold the corners so they would hold themselves in.  The instructions for the shallow boxes yield a nice box that pops right up, and holds it self, but that doesn't work with what I needed.  Now that I've done it, I understand how the foil reacts to folding, etc, and I won't have to make all of the folds....live and learn.

Only issue now is that I've got a hole in it after 4 or 5 firings.  That may be normal, just didn't know.